The Vallon du Pont d’Arc, only 10 km from your campsite, opens the doors of the fabulous Gorges (throats) of the Ardèche. 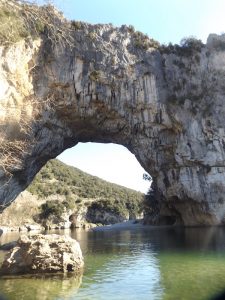 The gthroats, dug in a limestone plateau form a deep canyon between the bridge of Arc and Saint-Martin-d’Ardèche.

Several meanders of the river of the Ardeche were formed during the millenia, digging its bed until a drop of 300m. But the most spectacular is the arch of the Pont d’Arc: the river at this place not only formed a meander but eroded the rock leaving only an arch about sixty meters high where the water follows Its course.

This unique curiosity given to us by nature is one of the most visited sites of the Ardèche and thousands of visitors are there every year to enjoy the activities of wilderness (white water sports, hiking, caving, climbing, Jumping with elastic etc …).

Besides the beauty of the landscapes, composed mainly of scrubland, the site makes you discover multiple caves. Indeed, because of the specific nature of the land, a permeable soil that does not retain the water that then circulates in the basement, digging numerous galleries in the rock. The Saint-Marcel cave, for example, has a network of underground waters reaching more than 50 km of galleries! Other caves are particularly interesting from the geological point of view like the aven Marzal, the cave of the Madeleine or the aven Orgnac.

Many others are a testimony of the occupation of the man in the Ardèche whose famous cave Chauvet, reconstituted, opened to the public since April 2015, is an unavoidable destination during your stay in the Ardèche country.

This ancient human presence is attested by the presence of 800 dolmens throughout the Basse-Ardèche also attests to human occupation and makes the Ardeche one of the main megalithic zones of France. 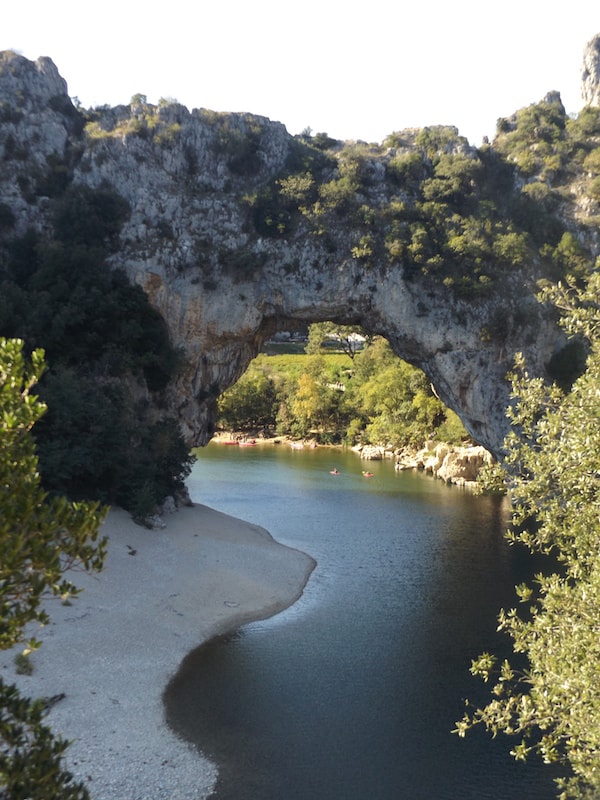 The visit of the gorges of the Ardeche

They can be done in two ways:

By car, following the panoramic road that crosses the garrigue, punctuated by many belvederes arranged to benefit from exceptional views. Do not forget that you cross protected areas, classified as a nature reserve, protected by the Biotope Decree.

By water down the course of the Ardèche in canoeing, either with a monitor or free descent with a boat own or rented (many are the service providers). Attention, if you intend to bivouac, wild camping is prohibited in the throats.

Enjoy your stay in your campsite to explore the gorges of the Ardèche and its treasures.